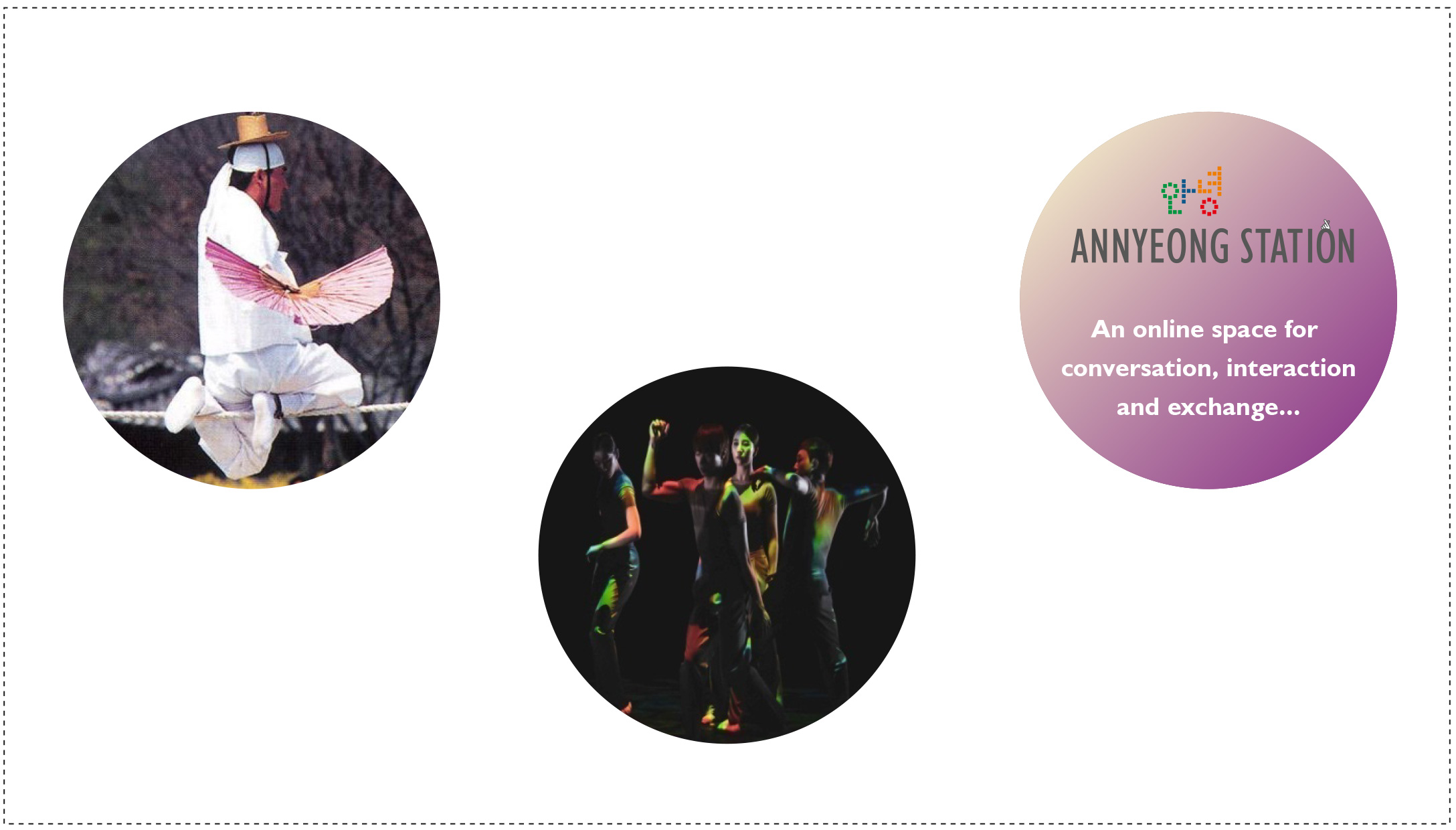 Join us at Annyeong Station, a platform created for episodic conversations and interactions with K-wave enthusiasts, industry specialists and influencers, who examine the phenomenon of Hallyu or the Korean wave and its impact on positioning Korea as an aspirational brand. Also on offer is a fun K-learn platform that provides - an opportunity to engage informally with the Korean language. 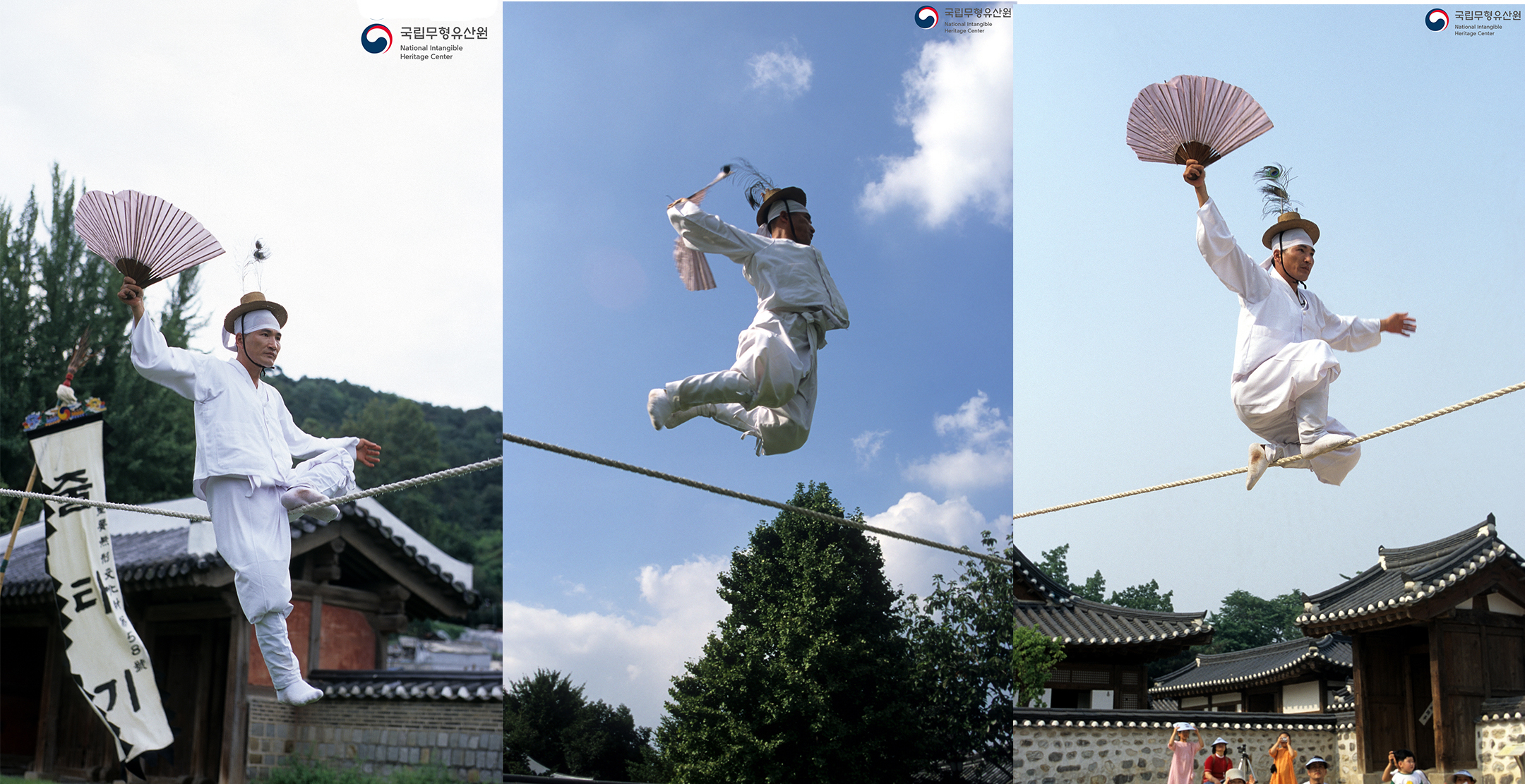 The Cultural Heritage Series aims to focus episodically on introducing and celebrating singular aspects of Korea's cultural traditions. In the fourth episode of this series, we focus on Jultagi - tightrope walking with its emphasis on deftness, agility and balance while offering a witty and earthy commentary on society, politics and the general state of affairs.

Jultagi was mainly performed on special holidays like April 15, Dano (5th day of the 5th lunar month) and Chuseok (Harvest Moon Festival on the 15th day of the eighth lunar month). Tightrope clowns also performed for a fee, at private parties. There are two types of Jultagi performances, one for entertaining people of the noble class performed by exceptionally skilled clowns, and the other, for commoners, with the focus on gags and entertainment.

Jultagi performance includes tightrope clowns, jokers and musicians who play instruments such as the piri (flute), jeotdae (bamboo flute), haegeum (two-stringed fiddle), buk (drum), and janggo (hourglass-shaped drum). The rope used for the tightrope performance is about 10m long and 3m high. The feat was performed usually by a well-trained man. A folding fan or a towel held in the clown’s hand is used to balance the body. The musicians, playing a variety of traditional instruments, brighten up the atmosphere.

The clown entertained the spectators by displaying over ten distinct movements on the rope, in addition to singing or telling jokes about depraved monks or noblemen, displaying foolish or funny acts that generally added up to witty, earthy commentaries on social norms, politics and the general state of affairs.

Beyond Black: Choreographed by Shin Changho 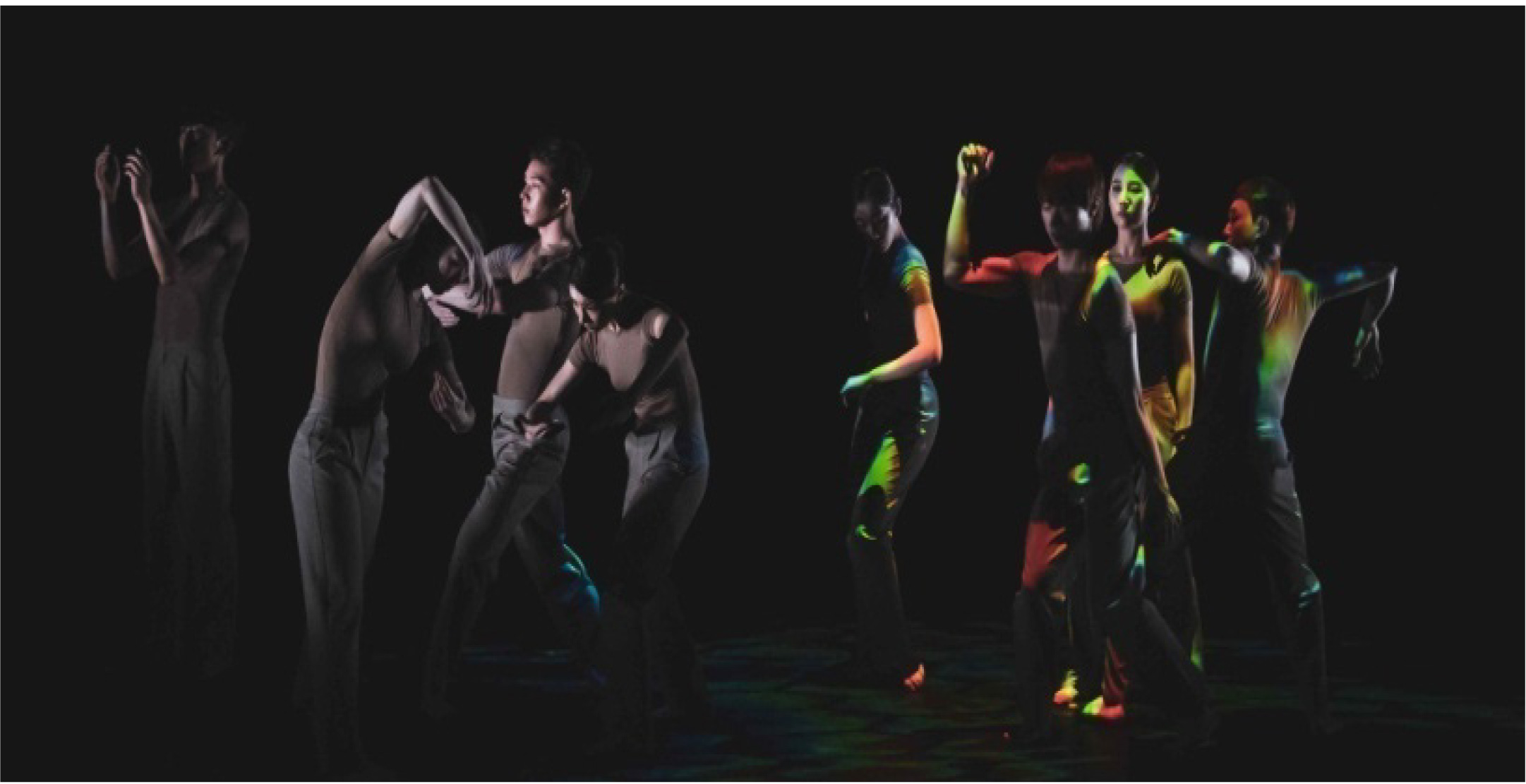 The presentation of the films in the Dance on Film series, will be followed by Talking Dance: On Screen, episodic discussions with practitioners and industry experts, curated by the Attakkalari Centre of Movement Arts, a leading organisation that holistically nurtures contemporary dance practice, based in Bangalore, India

We commence our first episode in the series with Beyond Black, a compelling examination of blending Artificial Intelligence algorithms with the movement of 8 dancers. How do dots and lines capture movement and emotion and how does the real catapult into the virtual and vice versa?

The choreographer, Shin Changho, explores the possibility of Artificial Intelligence (AI) choreography based on the assumption that “if AI continues to evolve and develop, it will be able to create art, which is considered as special and exclusive to our own human realm.” Our 'body' bearing traces of numerous hours of the past and 'AI' which is built on an enormous amount of data coexists in the present, while going through a similar process of evolution. The work presents creative expressions in the present space by providing a counterpoint between the bodies of dancers and AI technology. This new work portrays a present of surreal possibilities.

Madi is Korea's first dancing AI. It means literally a ‘joint' (called 'madi' in Korean), a point at which bones meet and a 'connection' between humans and AI. The media art group SLITSCOPE developed AI for this work in collaboration with choreographer, Shin Changho. The movements of 8 dancers are turned into data and 'Madi' learns the data for its choreography. The dancers are filmed against a chroma-key background and their movements are extracted and added to the programme. The data that is added is simplified into dots and lines through coding. Shin uses algorithms and arranges them in a unique way. 256 minutes of learning led to creating movements corresponding to approximately 1,000 minutes. As the amount of learning increases, the movements became more elaborate, thereby creating Beyond Black, a performance with high-quality choreography. The choreography by 'Madi' is embodied by the bodies of the dancers and the audience can see the reality of 'dancing AI' as the video is projected on to LED panels.

Beyond Black premieres at www.inkocentre.org/Virtual_Connect_Cultural_Collaborations.html on Friday, 20 August 2021 at 6.00 p.m. IST.

A discussion with practitioners and industry experts curated by Attakkalari Centre of Movement Arts. 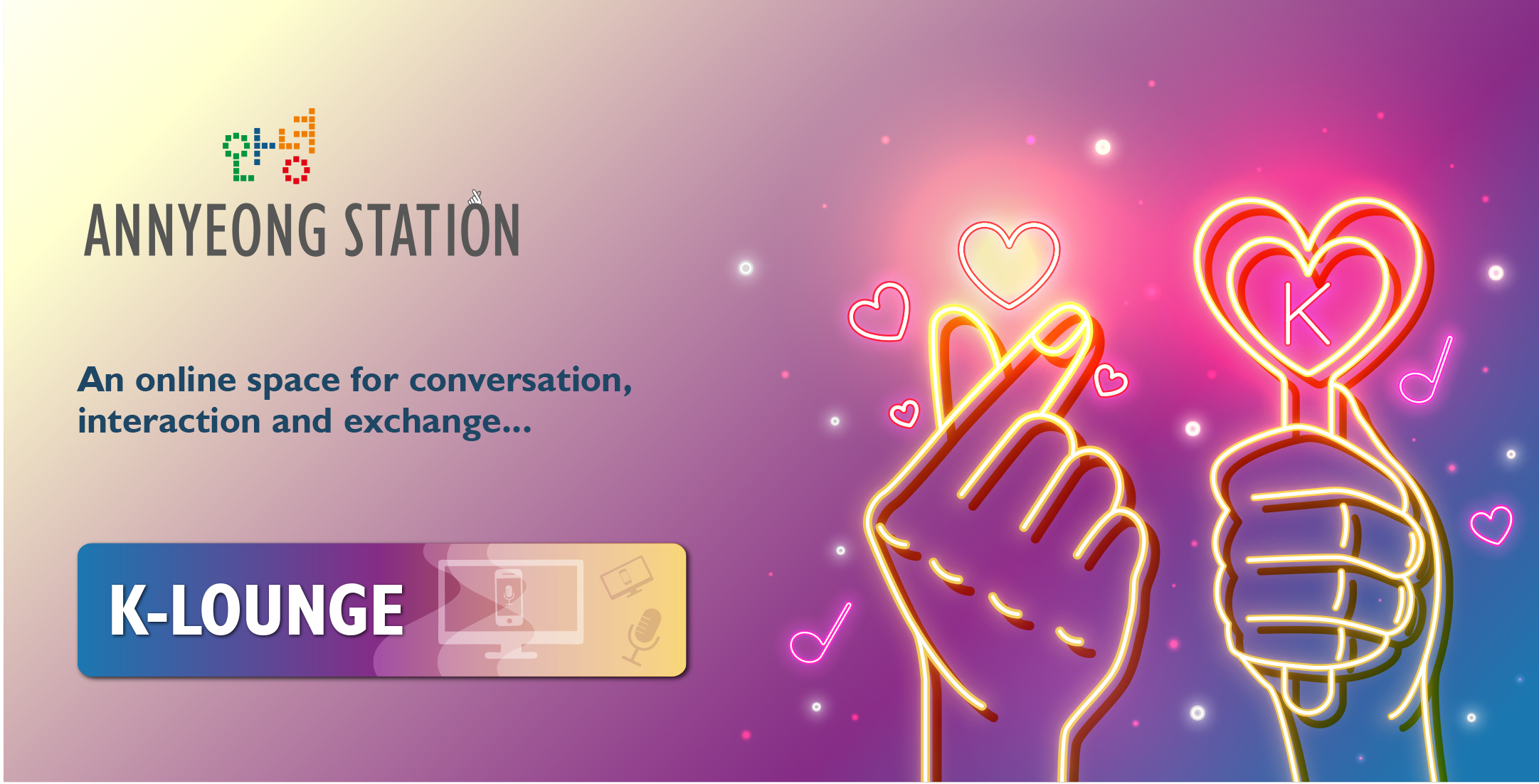 For the first episode of K-lounge titled Daebak, we present Puja Talwar, Executive Editor, Lifestyle and Entertainment, Good Times, in conversation with lawyer and Founder, Pink Box Events, Nikita Engheepi, Assistant Editor and video Producer, Rolling Stone India, Riddhi Chakraborty and Senior Entertainment Journalist, Bollywood Hungama, Monica Yadav. Join us for a sparkling conversation with key insights on K-pop and its global appeal and how K-pop goes beyond song and dance, to present a message which strikes a deeper chord. The idols are ambassadors for peace and culture and have played a huge role in the rise of South Korea as a soft power with music that has healed, brought joy and comfort. The idols and their rising fandom only reiterate how K-pop powers Hallyu or the incredible Korean Wave that sweeps across the world with its sheer intensity, vigour and energy.

Tune in for a lively conversation at www.inkocentre.org/Virtual_Connect_Infotainment.html on Friday, 27 August 2021 at 6.00 p.m. IST.