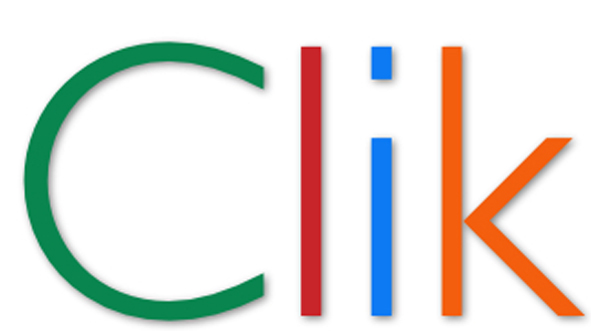 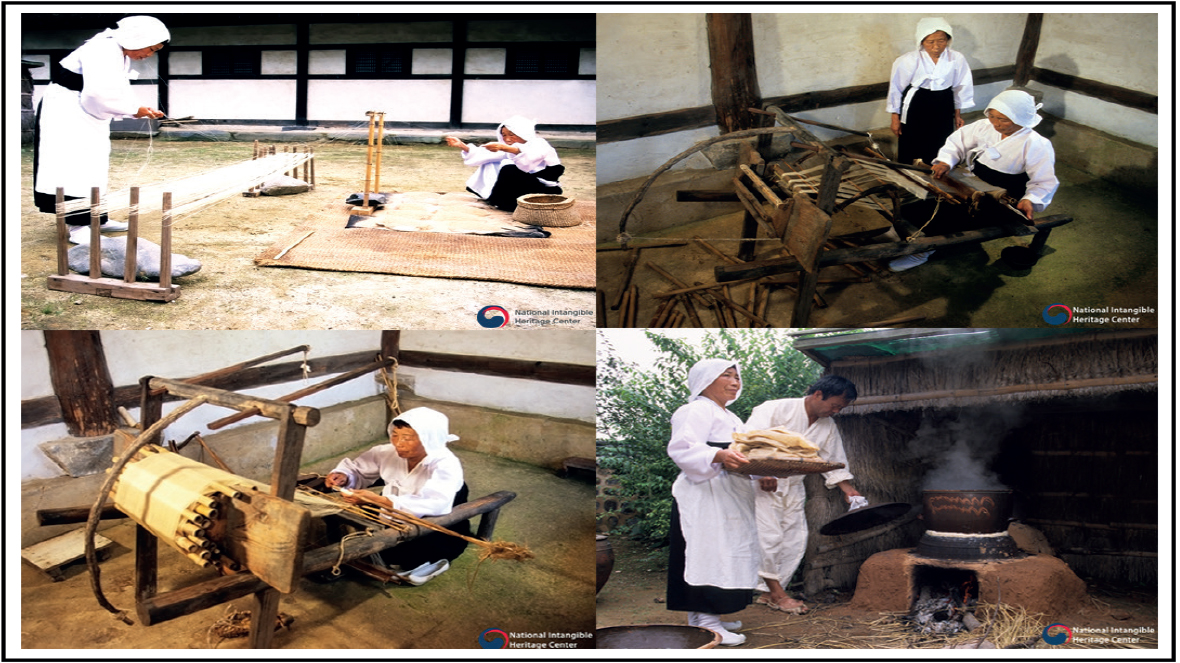 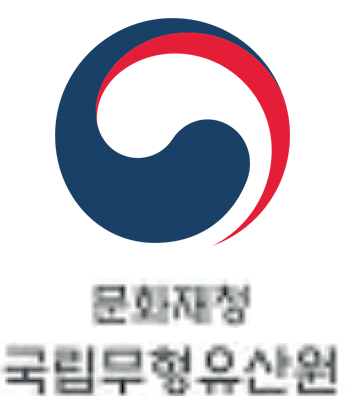 The Cultural Heritage series aims to focus episodically on introducing and celebrating singular aspects of Korea's cultural traditions. In the third episode of this series, we focus on Mosi weaving - the aesthetic beauty, utilitarian value and rigour of traditional methods that define Korean clothing culture.

The versatile ramie plant (Boehmeria nivea) - a flowering nettle native to eastern Asia - has gained popularity in the past decade for its use in bio-plastics used to manufacture hybrid cars. In Korea, ramie has been used since the 9th century to weave mosi cloth, a light-weight, ultra-absorbent textile worn during the summer months. Mosi, or ramie cloth, has been a popular material for Korean clothing for more than 1,500 years. It forms an integral part of the aesthetic that defines Korean clothing culture. Mosi is an exceptionally breathable cloth providing relief during hot summers. The fabric can be so light and finely woven that it has been likened to the ethereal gossamer quality of a dragonfly's wings! The woven cloth gains softness and lustre the more it is worn and washed.

The area around Hansan-myeon in Seocheon-gun, South Chungcheong Province, with fertile land and sea winds allow ramie plants to thrive. The area contains ideal natural conditions for cultivating the highest quality ramie plants in Korea and this has led to the development of proprietary weaving methods and production of high quality ramie cloth. Hansan ramie weaving, boasts of one of the finest qualities of mosi weaving and incorporates special weaving techniques.

Weaving ramie cloth involves a number of processes, including harvesting, boiling and bleaching ramie plants, spinning yarn out of ramie fibre, and weaving it on a traditional loom. The process starts by harvesting ramie shoots and peeling off the thick skin using specially made ramie knives. Once sundried, the fibres turn from green to brown. Individual fibres are then lanced by women who pull the strands between their front teeth - a time-consuming, often painful practice that yields super-thin, flexible fibres ready for spinning and length-setting.

Ramie threads are then expertly inserted into a yard guide before undergoing a final starching process, whereby the fibres are strengthened by brushing them over a slow-burning coal fire. Using hybrid back-strap/standing looms, women then weave the cloth using special pulleys attached to their shoes to control the loom's heddle. The fabric can be so light and finely woven that it has been likened to a dragonfly's wings! The woven cloth gains softness and luster the more it is worn and washed.

Ramie cloth is comfortable in hot summer weather and is used to produce a variety of clothing from dress suits and military uniforms to mourning garments. The whiteness of the bleached ramie fabric, as well as its refined quality and neatness, makes it suitable for high-end clothing as well as for clothing for ordinary people. Weaving of Mosi traditionally takes place in the form of women-led family operations in which mothers transmit techniques and experience to their daughters or daughters-in-law. The tradition also binds the community together with neighbours gathered and working in a designated section of the town. At present, around 500 people in the province are engaged in the diverse activities of weaving fine ramie.

Hansan ramie, a traditional Korean summer cloth representing the national aesthetic, contains significant historical value and has been designated as an important Intangible Cultural Heritage by UNESCO to safeguard the weaving methods and to enhance the visibility of this cultural heritage. Master Bang Yeon-ok is recognized as the master of Hansan ramie weaving and as Korea's Living National Treasure. (Source: www.unesco-ichcap.org)

The finished mosi cloth is used to make garments and bojagi, a traditional Korean wrapping cloth. Hansan's mosi weaving is recognised by UNESCO as an important Intangible Cultural Heritage and recorded for posterity at the Hansan Ramie Fabric Hall museum and through the annual Hansan Ramie Fabric Cultural Festival.

We present, in association with the National Intangible Heritage Centre, Republic of Korea, a film on Mosi weaving that showcases its singular technique, aesthetic appeal and utilitarian value. 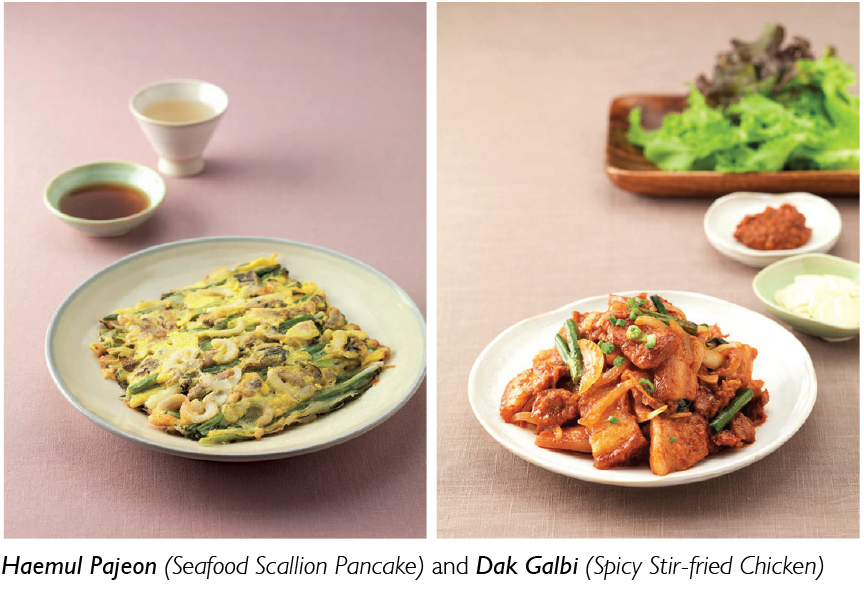 With approximately 5000 years of culinary history, the cultural importance of food in Korea, extends well beyond nourishment. When friends and colleagues greet each other in the morning, they ask, “Did you eat breakfast?”. This is considered as much of a greeting as it is an inquiry.

Korean traditional cuisine or Hansik represents the metaphysical view of Koreans – the theory of yin and yang (representing earth and heaven respectively) and the interaction between the two resulting in dynamic energies represented by the five elements that make up the universe (i.e., water, fire, wood, metal and earth). The traditional Korean table consists of dishes of five colours, namely, green, red, yellow, white, and black, which represent the five elements and also the five tastes of spicy, sweet, sour, bitter, and salty. It is believed that a combination of dishes with these colours provides nutritional balance. A good example is bibimbap, which is rice mixed with assorted vegetables of different colours, egg and gochujang (red pepper paste).

The baics for Korean cooking include Kimchi which has been praised for its anti-carcogenic prperties and its nutritional value; Gochujang (red pepper paste), a traditional condiment made by fermenting a mixture of chilli pepper and other ingredients; Deonjang (Soybean paste) and Ganjang (soy sauce).

The main cooking techniques used by Koreans are grilling, boiling, pan-frying and steaming which ensure that the food is healthy and easily digestible.

Haemul-pajeon is a savory pancake with plenty of green onion and seafood coated with mushy dough and beaten egg on the top.

Koreans often associate pajeon with rain – and this coupled with makgeolli (rice wine), is a favorite rainy-day snack! This association is because of the sound of raindrops hitting the ground or a window sill reminds people of the sizzle of spattering oil as the pajeon is fried!

Chopped chicken is marinated in gochujang (red chili paste) seasoning and stir-fried on a heated oiled frying pan with various vegetables such as cabbage and sweet potato.

Originated in the city of Chuncheon in Gangwon province, Dak-galbi is best paired with Makguksu (buckwheat noodles with vegetables) and is a nationwide favorite, especially if your on a tight budget!

Where to buy your Korean ingredients:

For Episode 2 in our Korean culinary series - Korean Cooking for Indian Homes, tune in to https://www.youtube.com/user/InKoCentre on Friday, 22 January 2021 at 6.00 p.m. IST. 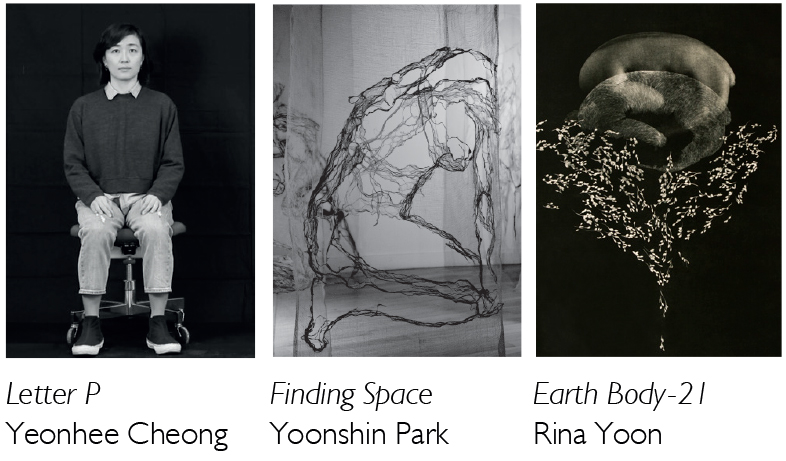 A Porous Membrane: a virtual exhibition.

Biographies
A Porous Membrane, a specially commissioned virtual exhibition, examines the body in time and space, a very relevant preoccupation especially in these challenging times with the pandemic raising all kinds of questions regarding physicality, boundaries and the concept of what we define as ‘normal’. The exhibition features three US-based Korean artists and is curated by a US-based Indian curator. The exhibition speaks of transculturality, identities, nature and materiality and aims to virtualy connect with viewers around the world who have all had to contend with some or most of these issues during an unpredented and extraordinarily challenging year.

Curator: Nirmal Raja
Nirmal Raja is an interdisciplinary artist and curator living and working in Milwaukee, Wisconsin, who examines global movement and the cultural, material, and human legacies of colonialism. She approaches her art practice as a means of inquiry and as a way of exercising citizenship, and she curatesexhibitions that bring people from different cultures and backgrounds together. Raja feels an increasing responsibility towards furthering communication and understanding between cultures that she hopes to fulfill through her curatorial practice,while providing a platform for artists who explore notions of disenfranchisement, marginality, migration, globalization, and intersectional identity. Born in India, Raja lived in South Korea and Hong Kong before immigrating to the United States in 1991. She holds a BA in English Literature from St. Francis College in Hyderabad, India; a BFA from the Milwaukee Institute of Art and Design; and an MFA from the University of Wisconsin–Milwaukee. She has participated in solo and group shows in the Midwest, nationally, and internationally. Rajacollaborates with other artists and strongly believes in investing energy in her immediate community while also considering the global.

Artists:
Yeonhee Cheong is a Madison, Wisconsin-based visual artist who studies human bodies as representations of the power relationship between the individual and the society. Inspired by the Wisconsin prairies and her life experiences as a woman, she explores the question of power often by means of the visual and/or physical texture of the botanical vocabulary that is deeply embedded in human visual culture. Born in South Korea and having started her career in the fashion industry, she takes a broader concept of human body as media, “the extensions of man,” including all the outfits, poses, even the mode of representation itself (the “media”), particularly in this era of social media based on electronic signals after the pandemic. She earned fashion design degrees from Seoul National University and from the Fashion Institute of Technology in New York, and an MFA in Design Studies from the University of Wisconsin–Madison. Her works have been nationally and internationally shown through the Surface Design Association, International Textile and Apparel Association, Women’s Caucus for Art, Indianapolis Art Center, Madison Museum of Contemporary Art, and Overture Center for the Arts, among others. Cheong has received several honors including most recently an award from Women Artists Forward Fund and a juried commission for the Madison Public Library.

Yoonshin Park is a Chicago-based multimedia artist, curator, and educator working with sculptural papers, artist books, and installations. Her interest in the comprehensive processes of papermaking and bookbinding leads her work to encompass various elements woven into complete objects. Born in Seoul, she often uses her experience as a foreign transplant to question space and its implications in defining identity. Park has shown at the Ukrainian Institute of Modern Art, Hyde Park Art Center, Bridgeport Art Center, and Art on Armitage in Chicago. She has also exhibited at FlexSpace at the Riverside Art Center, Pablo Center at the Confluence and the AIR Space at Saint Kate–The Arts Hotel in Wisconsin, and Simyo Gallery in Seoul, among other venues. She has curated projects at Adds Donna, Blink Contemporary Art, and Woman Made Gallery. Park received her MFA in Interdisciplinary Book and Paper Arts from Columbia College Chicago. Her work has been reviewed in the June 2019 issue of Sculpture magazine. She currently teaches at Hyde Park Art Center and Evanston Art Center.

Rina Yoon is a Korean-born visual artist and a professor of Fine Art at the Milwaukee Institute of Art and Design in Wisconsin. Yoon received a BFA in Fine Art from Southern Methodist University in Dallas and an MFA in Printmaking from Washington University in St. Louis. She focuses on nontraditional printmaking methods including large-scale prints, paper installations, and multimedia work combining video and sculptural elements with printmaking. Driven by curiosity and sensitivity to materials, Yoon often embraces slow processes to allow time for reflection and meditation. Her work has been widely exhibited in the United States as well as in South Korea, China, India, Italy and Poland.

Tune in to: www.inkocentre.org/Virtual_Connect_Infotainment.html on Friday, 29 January 2021 at 6.00 p.m. IST. at Prism- InKo Centre’s virtual gallery.