Cheongchun Yeoljeon Chulsapyo, or Chulsapyo, which began in 2015, is a project that aims to provide scholarships to high-school and college students who are studying gugak (Korean traditional music) and to provide prize money to junior gugak groups to create music with traditional music vocabularies and instruments. This scholarship and competition project is aimed to build a foundation of next generation Korean musicians who can nurture, preserve and promote traditional Korean music in the contemporary era.

The 6th Cheongchun Yeoljeon Chulsapyo, presented by Lotte Scholarship Foundation and Noreum Machi along with NOWPAN KOREA, will hold the final competition this year in November 2021.

Gugak, literally meaning ‘national music’, refers to traditional music that has been practiced over the years on the Korean peninsula. It is generally divided into jeongak, or classical music practiced in the court or for the upper class and minsogak, or folk music practiced in the village or enjoyed by the general public until the early 20th century. For example, jeongak includes music played during Confucian rituals for royal ancestors and Confucian scholars and at various festive events and banquets in the court as well as small ensemble music or classical vocal music that the literati enjoyed or geomungo music that was played to enhance spiritual discipline. Folk music includes folk songs played in various contexts, which have regional characteristics in terms of dialects and melodic modes, some entertainment music such as pansori and sanjo,pungmul practiced during village events, and music played at shaman or Buddhist rituals. Currently, an increasing number of gugak musicians seek to create music that can be enjoyed by contemporary audiences, whether it is created with traditional musical expressions and played only with traditional instruments or it is integrated with western or world music. 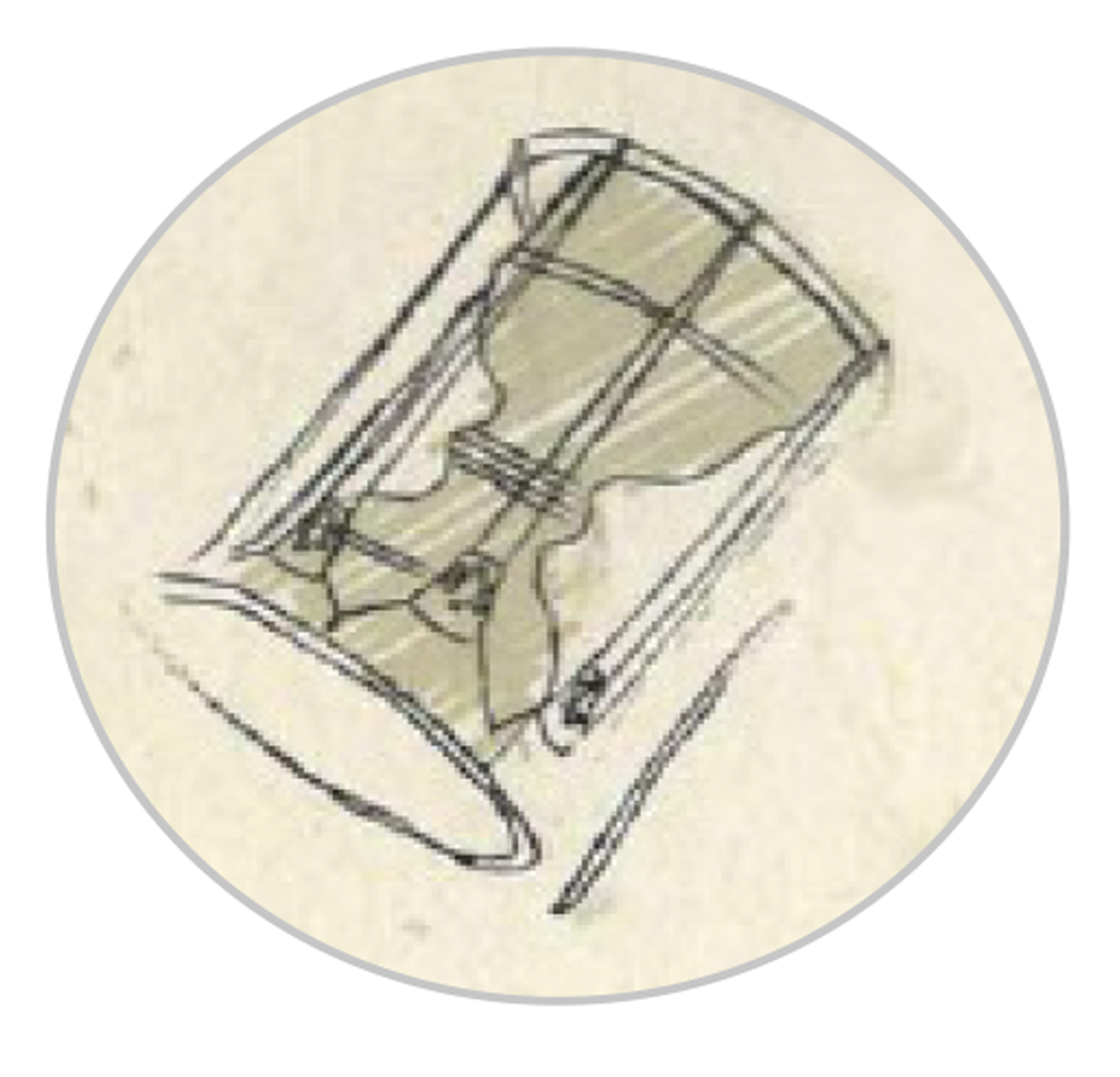 The Janggu, sometimes called Seyogo (slim waist drum) is the most widely used drum in traditional Korean music. It consists of an hourglass-shaped body with two heads which when played together symbolises the harmony between man and woman. 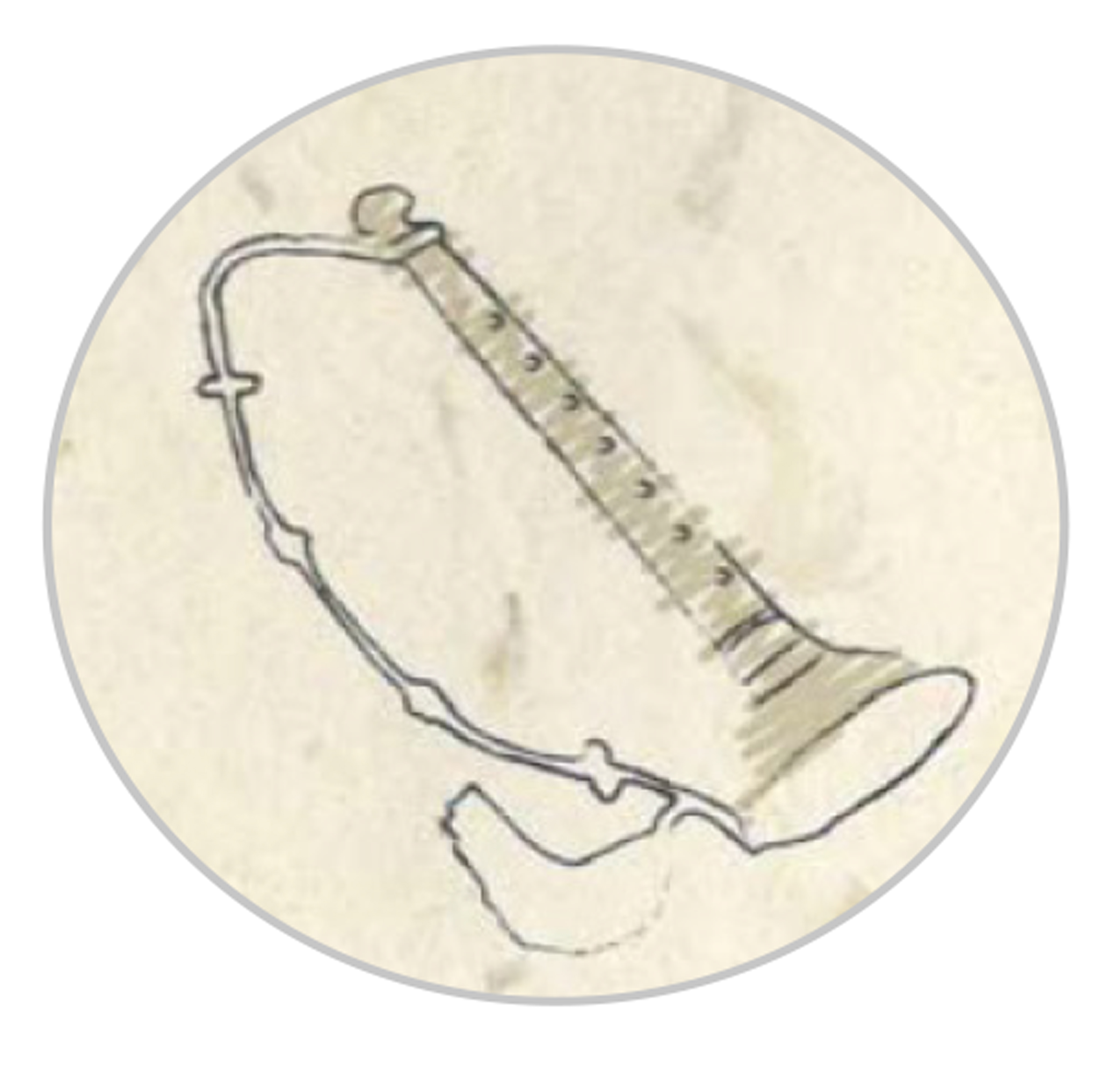 The Taepyeongso, Senap or Nal Pa Ri is one of the most popular double reed-wood wind instruments among traditional Korean musical instruments. The taepyeongso distinguishes itself from the other instruments by its distinctive sound. 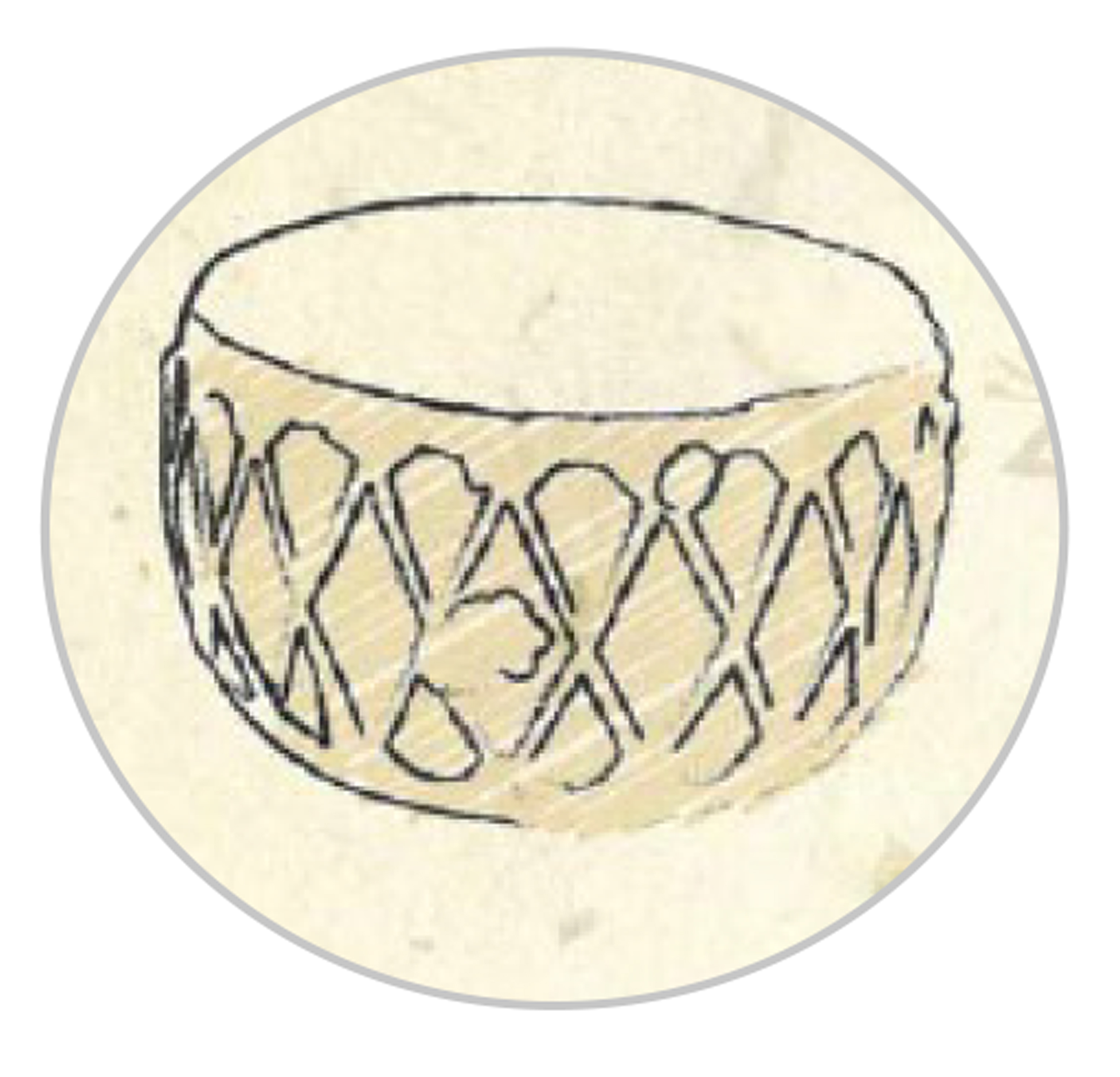 The Buk, is a traditional Korean drum that has a shallow barrel-shape and a round wooden body covered at both ends. The buk is often used as accompaniment for jeongak (Korean court music) and for folk music. 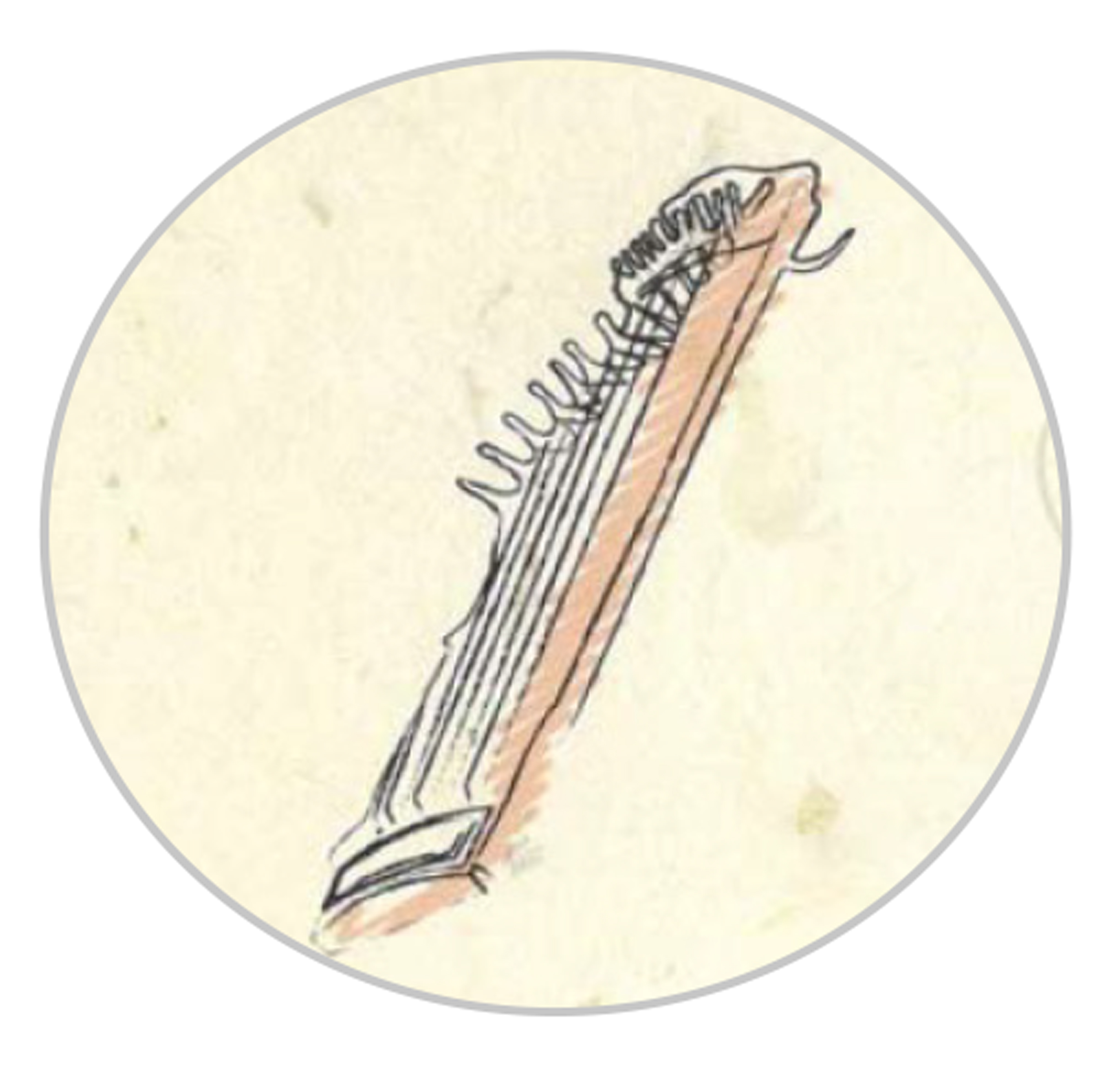 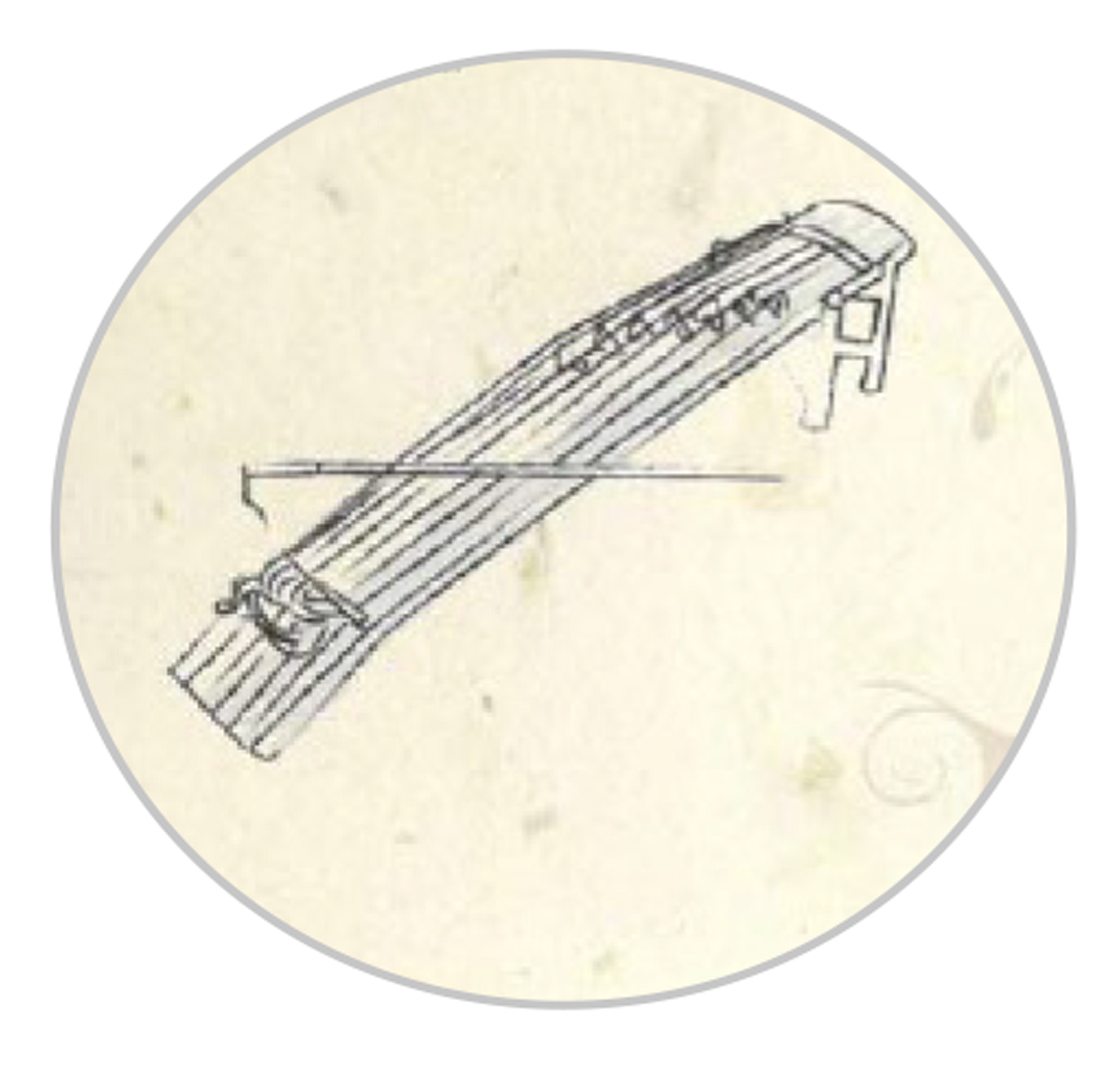 The Ajaeng is a Korean string instrument, a wide zither with strings made of twisted silk, played by scraping a slender stick made of forsythia wood against the strings in the manner of a bow. 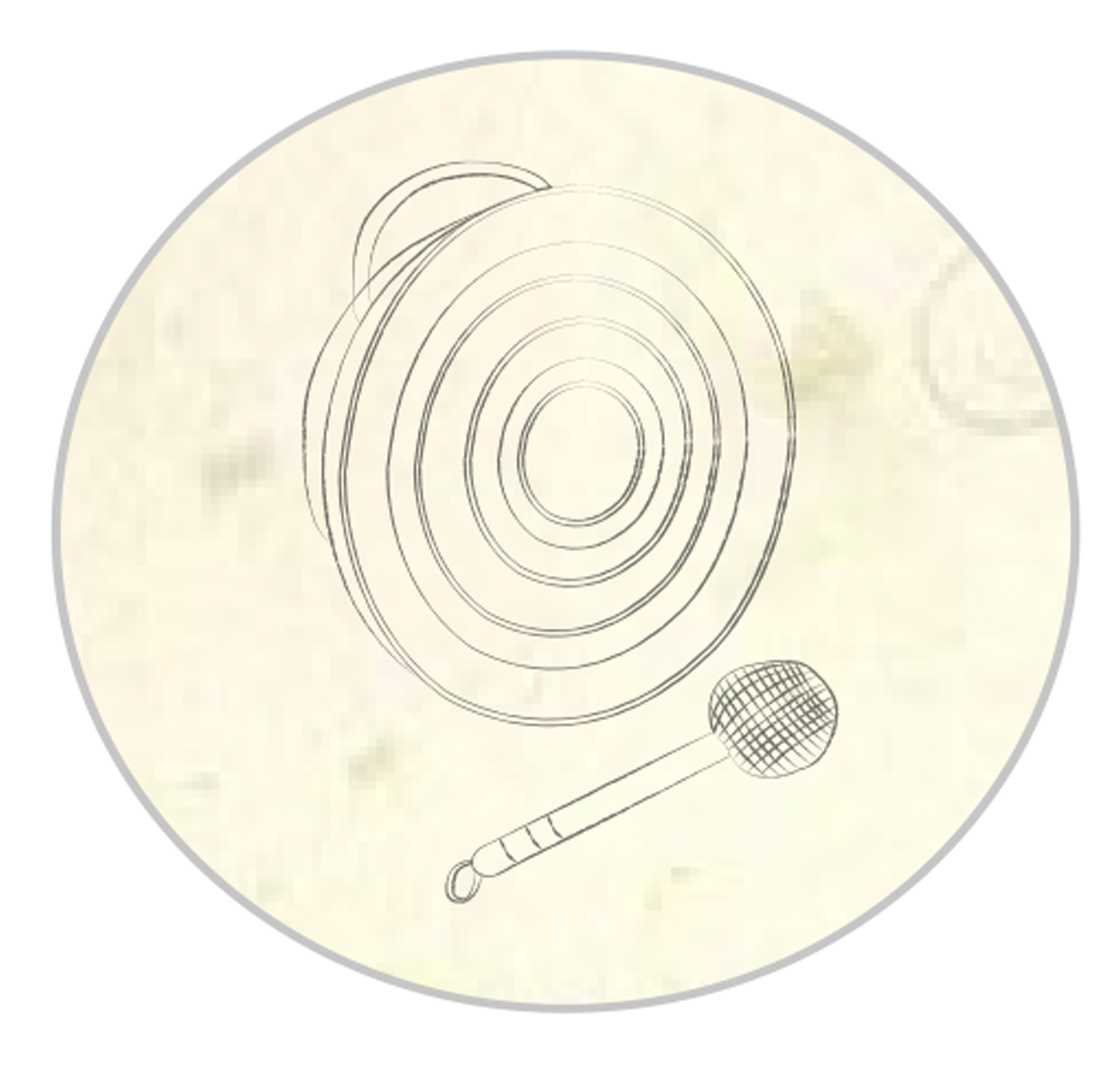 The Jing is a large gong used in traditional Korean music, to keep beat. It is made from high-quality brass and is struck by a stick that is layered with cloth at one end to soften the texture of the sound produced. 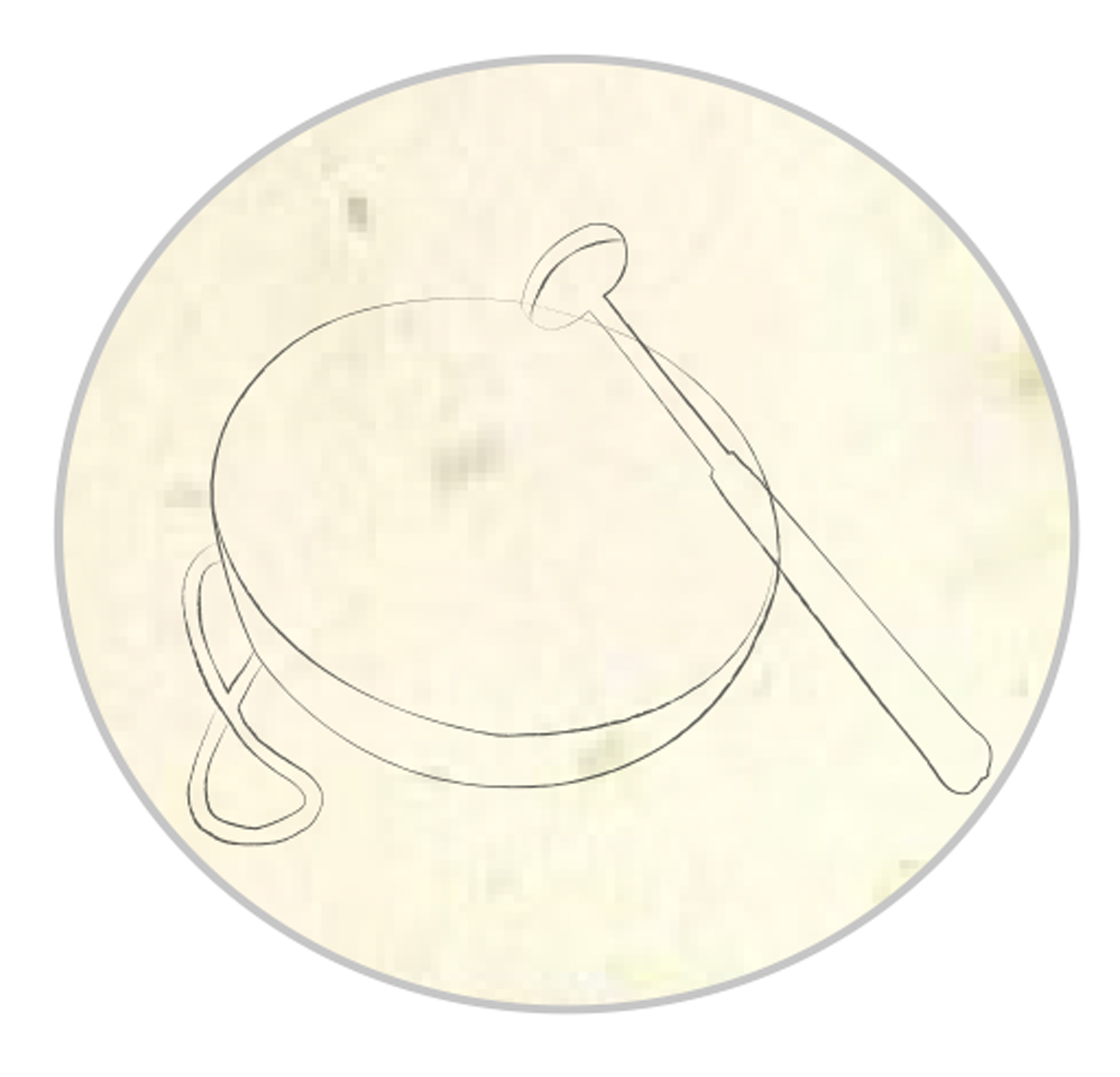 The Kkwaenggwari is a small flat gong used primarily in folk Korean music. It is made of brass and is played with a hard stick. It produces a distinctively high-pitched, metallic tone that breaks into a cymbal-like crashing timbre when struck forcefully.

For the second episode of K-Sori featuring Yeonhwa and The Sero, tune in to https://www.youtube.com/user/InKoCentre on Friday, 8 October 2021 at 6.00 p.m. IST.

The link to view the film will be accessible until Monday, 8 November 2021.

Established in 2010, the Korea National Contemporary Dance Company (KNCDC) is Korea's only national contemporary dance company. Through dance created in collaboration with artists with exceptional creative capacities, KNCDC aspires to create Korean contemporary dance which tells stories of history, society and daily lives of contemporaneity that can be appreciated across regions and by all generations.

As an organization that specializes in the creation of new productions, KNCDC seeks to realise diverse contemporary values in dance performances. KNCDC commissions productions by inviting choreographers with authentic artistic directions and by selecting the most suitable dancers for each project. Furthermore, by protecting the rights of the artists, KNCDC enables artists to freely express individuality within the dance company’s stable system.

KNCDC continues to work to provide the best environment for dance where the artists and audience can grow together. And as a platform where artists and audiences meet, the company hopes to form a healthy ecosystem where diverse values can coexist. KNCDC plans to enrich the lives of citizens through their experiences with dance at close proximity, in their day-to-day life.

To view the film click on www.inkocentre.org/Virtual_Connect_Cultural_Collaborations.html on Friday, 15 October 2021 at 6.00 p.m. IST.

The link to view the film will be accessible until Thursday, 21 October 2021. 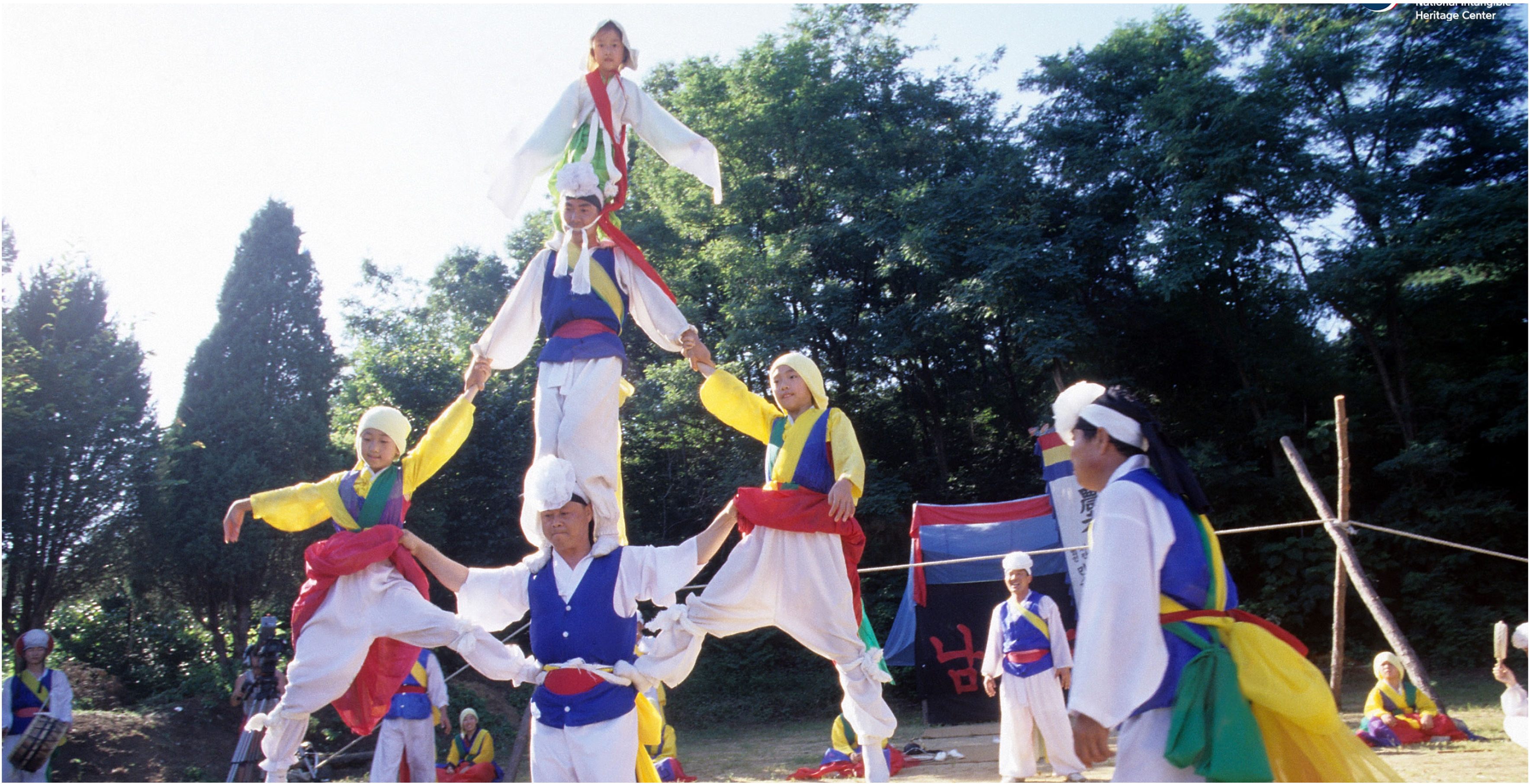 In Episode 5 of the Cultural Heritage Series, we focus on Namsadang Nori. The namsadang is a Korean itinerant troupe which consists of male performers who present various performing arts such as acrobatics, singing, dancing and circus-like play. Namsadang was supposedly spontaneously formed before 1900 during the Joseon Dynasty and with troupes wandering about marketplaces and villages. The troupe was considered the lowest class in society and very few historical documents remain, barring a record that a puppet show was performed during the Silla period (57 BCE – 935 CE).

During the late Joseon Dynasty, there were several namsadang, but the one from the Cheongryongsa temple (청룡사) in Anseong, Gyeonggi Province was the most famous. They were called namsadang because the troupe comprised only men and "nam" (남) means ‘male’ in Korean. Much later, a few female members were accepted into the group.

The significance of namsadang nori can be found in its common touch. The form came into existence spontaneously and performed for the poor farmers, traders, and other middle and lower classes of society. And though it is not so refined as other Korean musical styles for example, Dodeuri) and dances (for example, the Kommu, sword dance) presented to the the noble class, it brought both solace and inspiration to the common man.

The principal Namsadang troupe was re-established in Anseong, which is the birthplace of the old namsadang, to preserve its cultural heritage. The new troupe has its regular performances every Saturday and also provides overseas performances from time to time.

The Aesthetics of Waiting

- an exhibition by Eunhee Lee 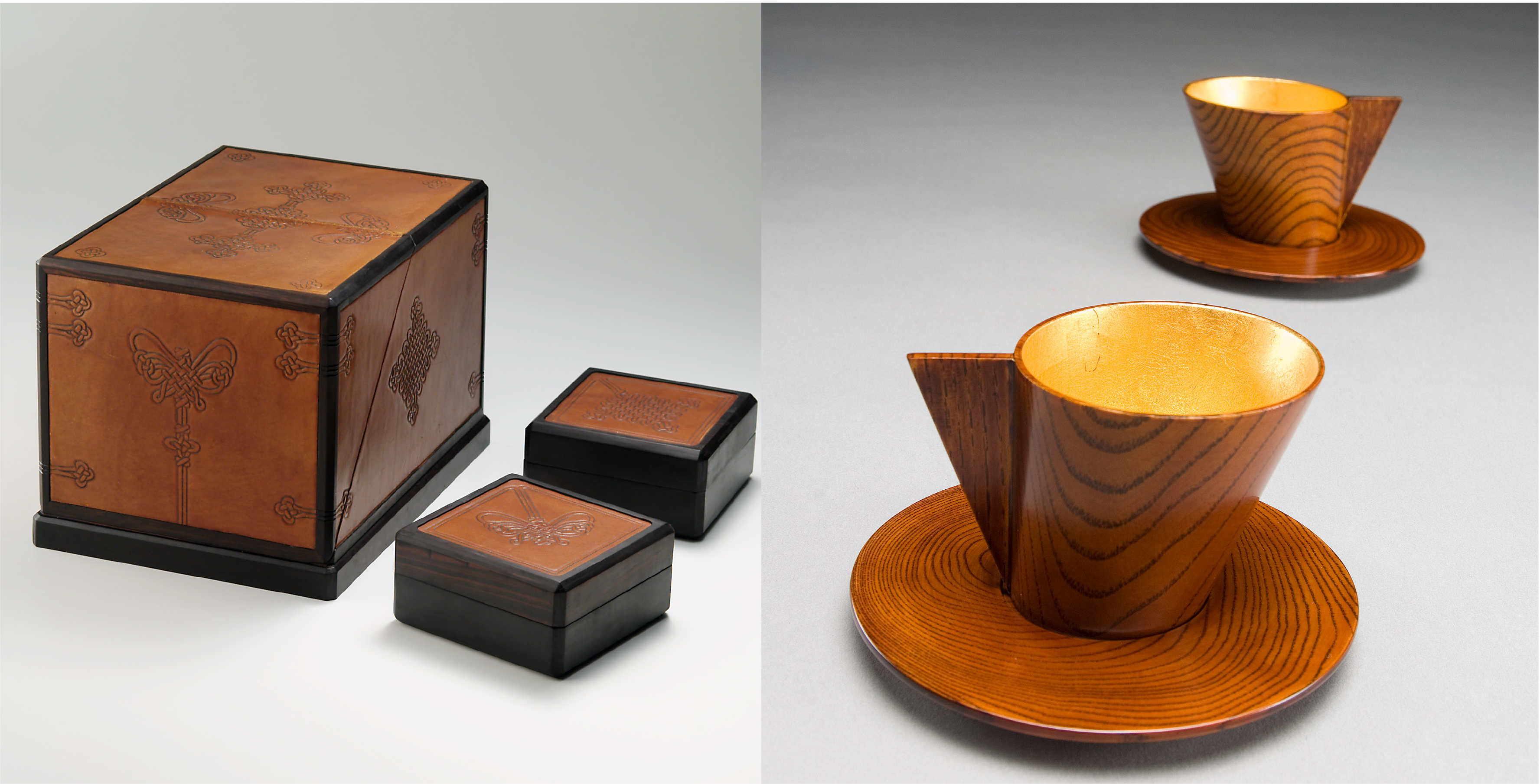 About the artist: Eunhee Lee

Sublime beauty is what comes to mind when viewing the Ottchil artefacts of Eunhee Lee. Cups, boxes, small bowls with a lid, trays, plates, candlesticks and chopsticks designs, which are produced by traditional techniques , traversing 30 to 40 steps, are elegant and modern. The Seum series, which is a set of cups and coasters, sold out all items at the 2013 Maison & Objet in Paris, the world's largest interior fair for home décor, interior design, architecture and lifestyle culture. Eunhee Lee, who has since been introduced through world-renowned exhibitions, is an Ottchil craft artist, loved by designers and design enthusiasts transcending nationality. Eunhee Lee states that "Because of the difficulty associated with handling Ottchil, not everyone is allowed to enjoy the sublime tune of the Ottchil process." With dedication and perseverance Eunhee transitioned from an industrial/furniture designer to a lacquer painting craftsperson, creating her own unique design language. The persistence and sincerity of her process includes that she paints, dries and grinds over 30 times, exemplifying a singular aesthetics of patience, of waiting, that transforms her work from the ordinary to the extraordinary. As such she sets a beautiful example for young designers to emulate, to maintain a sense of balance between tradition and modernity.

Eunhee Lee majored in Industrial Design and graduated with a B.A. from Hong-Ik University in 1980. In 1982, she secured an M.A, in Furniture Design from Hong-Ik University Graduate School of Industrial Art. She has taught industrial design at several Art Universities for more than 20 years. Since 2003, she has been fascinated by traditional work of Ottchil and Najeonchilgi which led to her learning about and mastering these techniques.

In 2007, Eunhee established ‘gallery [o:n]’ and received a UNESCO’s Award for Excellence for Handcrafts in 2008. Her Seum series was registered on the Korean intellectual property list the following year. Her career as an educator and artist flourished and expanded globally. She has been invited to various lectures and workshop held at venues such as LA County Museum and USC Pacific Asia Museum in CA, The National Museum of Saudi Arabia in Riyadh and more. She has also been involved in world-renowned exhibitions and fairs including Maison & Objet in Paris, Museum fűr Lackkunst in Műnster and National Intangible Cultural Heritage Center in Korea.

Recently, her works have been designated as a “K-ribbon Selection” by the Korean Ministry of Culture, Sports and Tourism in 2019 and in 2020, which is a national recognition for excellent cultural works.

Click on https://www.inkocentre.org/Virtual_Connect_Infotainment.html to view this exhibition at Prism - InKo Centre's virtual gallery, on Thursday, 28 October 2021 at 6.00 p.m. IST.

The exhibition will be on view until Sunday, 28 November 2021.