The Emerging Canvas is an annual exhibition series, presented in India and in Korea respectively, in association with the Indian Art Museum in Seoul, to showcase the work of talented, emerging young artists from both countries. In the seventh edition of this series, we present dynamic and multi-dimensional work by 22 young artists - 11 from Korea and 11 from India - their burgeoning talent obvious and their potential unmistakable. This year, with physical galleries closed due to the pandemic, the exhibition will be presented online at Prism, InKo Centre's virtual gallery. 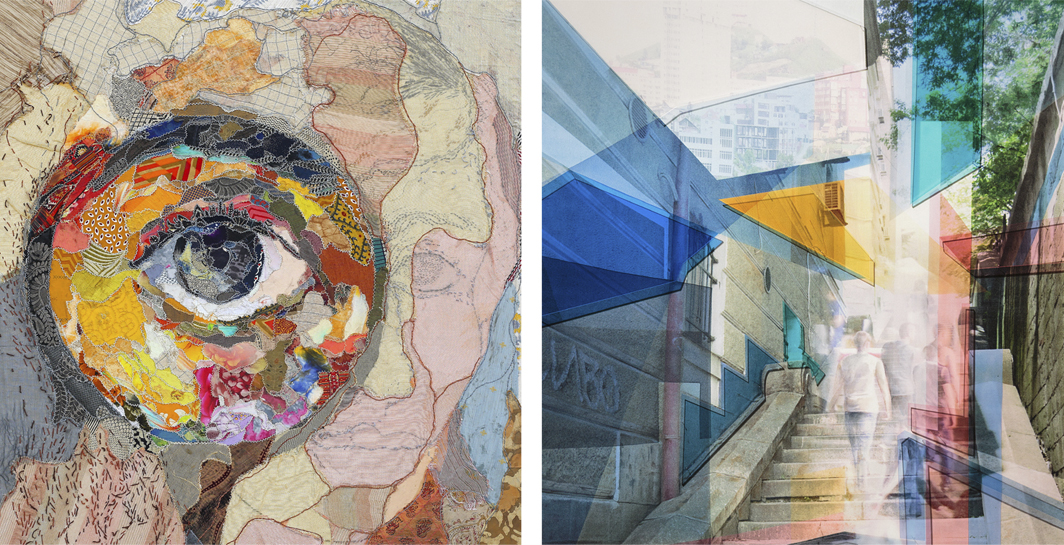 The exhibition will be on view until Friday, 7 January 2022.

About the Indian Art Museum

The Indian Art Museum was established in Seoul in July 2011, to introduce various aspects of Indian culture and art through special exhibitions and education programmes. Since 2012, the Indian Art Museum and InKo Centre have successfully held a meaningful art exchange exhibition series called Emerging Canvas annually.

The Emerging Canvas series that commenced in 2012, was initiated by InKo Centre, in association with The Indian Art Museum in Korea to identify and celebrate emerging young talent from both countries.

To date, 132 talented artists, from both countries have been presented across 6 edition of this series.

Each carefully curated edition of the series, presented 22 artists – 11 each from each country - at exhibitions presented by InKo Centre and the Indian Art Museum in Seoul and in Chennai, every alternate year, respectively. With the exigencies of the pandemic, the seventh edition of this series will this year be presented as an online exhibition at Prism, InKo Centre's virtual gallery.

As the title suggests, the artists are young, their talent emerging as does a butterfly from a chrysalis, their potential obvious, their journey just beginning.

The Korean section of this exhibition has been curated with great care by the Indian Art Museum under the able stewardship of Mrs Kim Young-Shik who over the past four decades has dedicated herself to the promotion of Indian art and culture in general and of Rabindranath Tagore’s work and philosophy, in particular, in Korea. Our thanks, in particular, to Ms Cupid Lee who has curated the Korean section for Edition VII of the Emerging Canvas series, with such dedication and care. Our sincere thanks to Ms Vaishnavi Ramanathan, curator and researcher, who has curated the Indian section of this exhibition, with great diligence and empathy. Both curators have ensured that artists from across Korea and India are fairly represented in this exhibition and that the selection showcases the myriad visual languages that meld to reflect the variety and uniqueness of contemporary Korean and Indian art.

Note by Ms Cupid Lee, Curator of the Korean section of The Emerging Canvas - Edition VII

The Purpose of the Exhibition

As of 2021, we are far from each other worldwide due to an unprecedented situation called COVID-19. At a time when numerous cultural and educational programs such as meeting, traveling, exhibitions, and performances with people, which have always been taken for granted, are blocked for more than a year. And it is even more difficult to experience the culture unfolding in abroad. Therefore, the Korea-India Youth ExhibitionEmerging Canvas Ⅶ, which is held in collaboration with the Indian Museum and InKo Centre, has a special meaning that you can feel the new atmosphere in online. At a time when the connection with the international community was physically disconnected, works containing the youth and enthusiasm of Korean and Indian young people wet our dry hearts like welcome rain. Emerging Canvas Ⅶ is a youth exhibition that has been held between Korea and India since it was first held in 2012. The 7th exhibition, which will be held in India this time, introduces fresh contemporary paintings by young artists full of dreams and passion through online exhibitions with the untact era, just like the title of the exhibition, which means a new canvas. Young Artists from both countries create a new wind in the world, which has been deposited with the COVID-19 incident, through canvas full of their individuality. Through the works of the participating artists this time, we can get a glimpse of the possibilities of the future while appreciating the art of the Corona era and present. We hope that the art created by 22 artists from both countries with the motifs of their home country will show another paradigm of art.

Note by Ms Vaishnavi Ramanathan, Curator of the Indian section of The Emerging Canvas- Edition VII

The Emerging Canvas exhibition, featuring young artists from India and Korea, has been a consistent feature in the cultural calendar since the year 2012. However, much like our own lives, this year’s exhibition has been transformed by the pandemic. Firstly, the exhibition is being hosted online unlike the previous editions that were held alternatively in Chennai or Seoul. Secondly, the terrain of art practice has considerably shifted due the uncertainties of the pandemic and the consequent difficulty for artists to sustain themselves and continue making art. Despite the altered circumstances, Emerging Canvas VII remains the same in one key way-it continues to be an important platform to showcase the works of talented young artists from various parts of India.

The eleven artists in this exhibition-Arpita Dey, Dakshayani Chippada, Geetika Chatterjee, Manisha Agrawal, Md. Naim, Pankaj Sarma, Sagar Naik Mule, C.S. Sheetal, K.S. Sooraja, V.Saranraj, Viswanath Kuttum- were selected for their nuanced approach to their chosen themes and their innovative visual language. The themes that these artists address is wide-ranging and touch upon vital issues pertaining to the individual and the world we live in. Geetika Chatterjee, K.S. Sooraja and Viswanath Kuttum explore the self through the lens of the spiritual, psychological and personal. Arpita Dey, Sagar Naik Mule and C.S. Sheetal work on a related theme as they dwell on issues of identity related to gender and place. Manisha Agrawal and Pankaj Sarma express their concern regarding man’s intervention into the environment. Dakshayani Chippada, Md. Naim and V. Saranraj use their own experiences as a starting point to engage with society, its cultural patterns and power structures.

To express these thematic concerns, the artists use media like drawing, painting and printmaking, all of which they creatively manipulate to compliment the theme of their works. Summing up, these eleven artists, with their mature thought process, sustained engagement with the subject and ease in handling the medium, are sure to make an impact in the future.